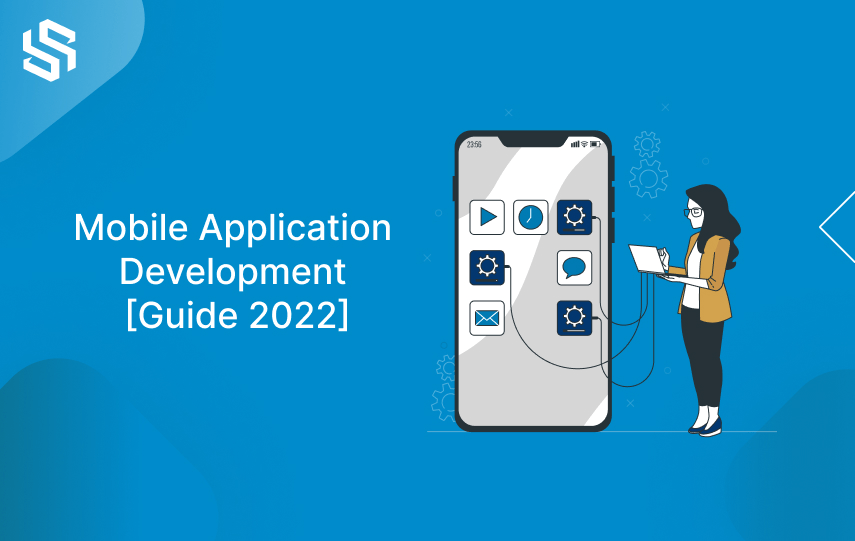 Today mobile applications can do pretty much anything for you. Some apps will tell you what the best song is to dance to at your wedding, how long it would take to get there, and which one of your friends might be able to set you up on a blind date with someone they know – apps have become pretty versatile, so they’re easy to rely on no matter what we want or need! But would you ever dare imagine how it would be if some favorites like Facebook or Instagram only worked on iPhones? To help solve this problem of having separate versions of an app for iOS versus Android, cross-platform app development kicks in. Nowadays, mobile app developers use emulators (iOS and Android) tools that allow them to test and run their application(s) developed for another platform as though they were running them on their device.

If there weren’t any cross-platform support for all of our apps, there would be an issue with the conflict between iOS and Android platforms. As per statistics, an Android user has to choose from a selection of 2.56 million applications existing on the Google Play Store. While on the other side, Apple’s App Store offers a collection of selected 1.85 million iOS applications only. Not only that but going with numbers isn’t the main issue here, as most of the apps go through various quality checks before they get listed on their respective app stores.

What is a Mobile Application Development Framework?

Mobile application framework is like a blueprint for building a house. It is an option for app developers looking to quickly create the skeleton of their mobile applications by plugging their custom code along with the provided toolkits, libraries, and SDKs (software development kits) so that your end users can get value out of it as soon as possible. When it comes to developing a mobile app, there are two frameworks that you can choose from:

A software design allows building an application on a particular platform, such as Android or iOS, using the device’s programming language.

A cross-platform development framework is a type of system that works on multiple platforms and operating systems.

Developers may create mobile apps for users on all platforms without using any mobile app framework or do it all with Java, the best language for Android app development. They may also develop iOS apps using Swift.

According to a recent study, Android is the number one platform for mobile app development. By developing an Android app, you can introduce your business or product to a much larger user base, and by developing an iOS app, you can reach a range of users regardless of what type of gadget they might have on them. Another great thing about the Google Play marketplace is that it aims to offer users something for everyone, so as you develop your app, be sure to include something for all types of users so that even if not every person likes an application, there will be at least one that does!

The Java programming language is popular among Android app developers on the Google Play Market.   This fact makes it easy for all developers to enter into development and make their apps for this platform. Since Android uses open-source software, it’s easy to find a programmer who can take your idea from brainstorming to reality. The various operating systems that this platform is compatible with open up so many more opportunities for developers and entrepreneurs alike making it one of the most mature development environments available today.

A cross-platform development framework is a combination of HTML5 and native plug-ins. This “write-once-run-everywhere” approach is a pretty cost-effective solution. React Native app development is one of the most popular and best cross-platform mobile app development frameworks, assures 20% faster development than native languages, with reuse of up to 90% of developed code when supporting multiple platforms and noteworthy cost reduction. It appears that cross-platform development is a pretty good choice for your project – no headache about the range of supported devices, number of ready-made solutions, and UI frameworks to implement even a complex feature. It’s much easier to support an HTML5 app instead of a native one. But then, what is the catch? There are, in fact lot of them:

There are several cross-platform frameworks, each having its pros and cons. Angular Vs. Node Frameworks, or React vs. Ember (to name a few), and for fully native apps also decisions about Android Vs. iPhone programming. Large companies have an advantage in development as it provides them with plenty of resources and skilled developers who choose the most logical frameworks, but smaller companies without all the resources need to carefully consider which framework will suit them best, given their specific needs and requirements. For example, if one company needed to implement image processing or push notifications, they may find that only native solutions would meet their high demands.

It’s tricky to have a cross-platform app behave completely the same way on multiple devices. A back button could be useful here.

It doesn’t matter whether you’ve downloaded an app from Google Play or the Apple app store, and we know that sometimes people download apps from other sources as well. It’s great to have options, and it expands your choices! But whatever route you choose, keep in mind that a native application will run more smoothly on your device than a cross-platform app.

You can’t engender a wow-factor with native designs, but it may perhaps be a pretty hard thing to do anytime to achieve with a cross-platform UI tool. That includes even when you utilize the best cross-platform mobile app development tools such as Flutter. Thus, don’t expect it to be perfect when discussing the native look and feel. Both native and cross-platform frameworks for mobile UIs have their upsides and downsides. You need to know all of them before choosing the right solution for your project requirements.

Several factors will influence a company’s decision to choose one mobile app development framework over another. A wealth of industry standards should always be considered when considering which mobile app framework to use. Some of them are as below:

Cross-platform mobile application development platform have gained great attention these days as they are helping developers to develop applications for a variety of platforms without having to recode for individually native systems. When you’re using such a framework, the code base is available out of the box, and you can directly start using it with very little work on your end. Another benefit of such frameworks is that they help streamline the data flow between different devices.

Native mobile apps need to be just as fast and responsive as websites. This is a must for almost all apps, but it’s especially important for gaming apps because they tend to involve certain maneuvers that rely on speed and performance. In-app development frameworks that make it easier to port code and use top libraries are very useful in creating faster apps.

Selecting the best mobile application development tool to use, like one that follows the thin code pattern of a system that a developer is aware of, can help to bring about the most effective mobile application possible. App designers and developers must choose a tool that bolsters their experience and guarantees a high-quality final project output by keeping things simple and not over-complicating.

When it comes to mobile application development, many frameworks can be used. However, determining which framework fits best into a project can be challenging. The most important factor that should be taken into account when determining which framework to use is the mobile application’s functionality, its end goals, and its specific needs. The more well-rounded solutions a framework provides, the better. For example, if security is an issue for your app, you wouldn’t want a solution developed for something else altogether (custom-made or off the shelf). Therefore, you would need an enterprise security solution that provides this along with other important features such as making high volume transactions faster, scalability when growth occurs, and performance no matter what platform it gets deployed on – desktop, mobile, and tablet apps all running in real-time without lag or glitches.

Selecting the right mobile development framework for your business is vital to ensuring your mobile app performs to its fullest potential. Expertise in several frameworks can be difficult for some to obtain independently. If you need assistance, we encourage you to work closely with a reputable software development company that employs specialists with an engaging knowledge of software development frameworks and languages. Ultimately, your choices will determine how well the app functions within your company.

Syndell can help you create app development platforms and much more tech stuff. Contact us for more!