5 Reasons why you should Go for React Native

5 Reasons why you should Go for React Native 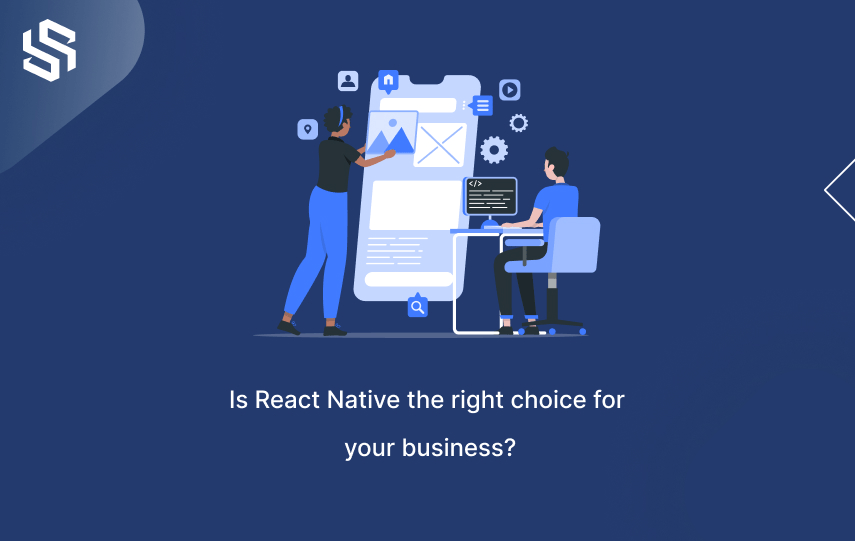 The biggest challenge for app developers is selecting between a native app or building a cross-platform. Therefore, the businesses are focusing on choosing the proper framework that helps them to target both Android and iOS users. It takes time and effort to create the applications. That is why people prefer to react js development company and other platforms.

Before diving deep into how these react native work, let’s have a quick look at cross-platform apps.

Cross-platform development makes your application compatible with almost every device. It saves the cost and time of developers as they can use the same code for Android and iOS. It is the ideal option for the new developers.

Why Choose React Native for your Business

The popularity of React Native in the software developers has been increasing drastically since 2015. 42% of app developers are choosing this framework across the world. Big firms started implementing React Native. Even the popular social media and gaming sites like Facebook, Instagram, Discord, Uber eats, Skype and Call of duty are using this.

The below 5 parameters play a vital role in the growth of an ideal framework.

1. Utilization of Redux with Native

The data layers are totally different if you are trying to develop an application for Android and iOS. This is where the react-native development strategies will play their role. Redux will make it easy to implement and check the application changes. The developers will be able to build a shared platform for both Android and iOS.

React Native Edge: The code will remain stable and give high performance without any particular writing for both platforms.

Customization is the main thing in React Native. It fulfills all the lacking requirements of the main framework. In the Javascript framework, this can increase its capacity with third-party plugins. These plugins can translate the Javascript/Typescript code into original app components. You can not find this customization level in other frameworks.

React Native Edge: The developers can easily detect the running platform through the “Platform Module” The flow of the app will be in control after using it.
It also develops the look of the app and adds valuable changes.

React Native gives an easy and quick way to change your UI. You can just mention your required interface, and React Native will do the rest of the work. It’s a critical programming method, making it simple to read, understand and follow. You just have to change the program’s state in React Native, and the changes to the UI will show- up accordingly. Moreover, this offers the option of authentic style. Developers can notice the reflection of success in both Apple and Android platforms. It is an improved and streamlined process and creates auto layouts for UI and UX.

React Native Edge: React Native has many in-build tools and libraries for the app development process. The native base is a library with the necessary development tools that provide the app’s authentic appearance.

React Native is the combination of different components with their own logic and independence. The components are replaceable between Android and Apple iOS. Rather than maintaining two applications, you can easily maintain one application. It’s easy to maintain and develop the code because the changes in one place affect  every change. Therefore, it also depletes the development cost as we don’t need to hire multiple developers. Hiring a React Native developer for the development of your apps on both platforms.

React Native Edge: The open-source of react-native will make the development process easy. So, if you have developed a website, then mobile development will become easy for you.

You can edit the related code and check the reflection in the app through React Native without any update or Reloading. The hot reloading feature of React Native protects the data. There are specific codes that can update your app and develop the speed.

React Native Edge: If we talk about the hot reloading feature, Flutter is the most powerful part. However, React Native wins it in the platform support. Right now, Flutters only supports mobile apps. The desktop supports an alpha state, and web support under the beta phase.

Apart from the above reasons there are many reasons to go for a React Native, and if you still have any question then, Syndell is your answer to creating and coding an excellent react-native app for your business. Our app development team will understand your requirements and provide effective solutions for your business. Drop-in comments to know more about our app development team.