Hyperledger vs Ethereum: Which Is Beneficial For Your Business

Hyperledger vs Ethereum: Which Is Beneficial For Your Business 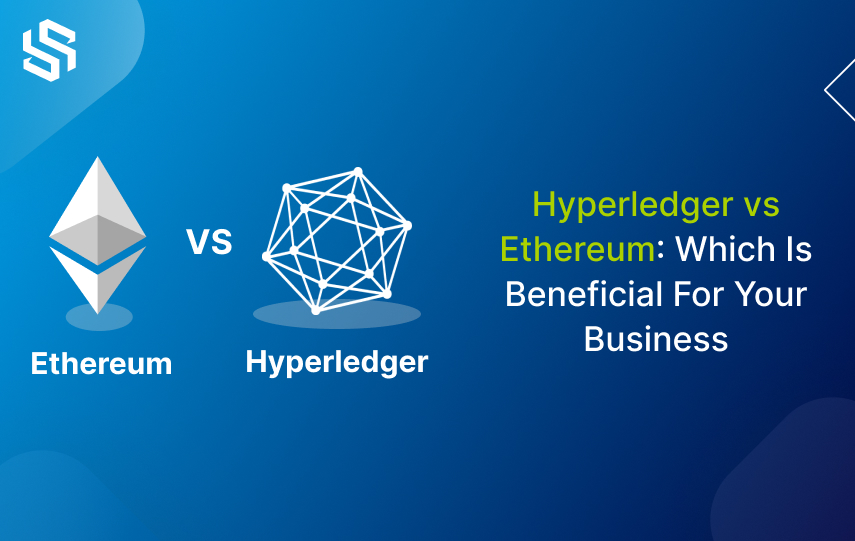 According to an article from Forbes, blockchain technology is quickly spreading to enterprises. More and more companies are looking for ways to integrate blockchain technology into their businesses and make it as essential as databases. In light of this trend, consumers have started to demand answers about which platform is best for their services. Platforms such as Hyperledger and Ethereum have made significant strides in blockchain adoption, so which one should you choose? Here, you will compare the two platforms to help you decide the best one for your company.

After its launch in 2009, Bitcoin became the powerhouse of the entire blockchain industry. However, over time it became clear that a more advanced solution was required if the technology had any chance of fulfilling the potential it promised. This is when Ethereum came along and made things a lot easier for developers who now had access to the software they didn’t have to build from scratch, which was a key factor in attracting new adopters who otherwise might have also just found another cryptocurrency to join.

Ethereum is a universal platform where anyone can create and use applications run on a decentralized network. One particularly unique aspect of Ethereum is its ability to create smart contracts, which are an agreement between two entities who communicate with one another and remain loyal to their word in an environment free from unauthorized tampering. From allowing individuals to code and use programming languages applicable to their needs and interact with other users’ applications, Ethereum allows you to use your code and provides many advanced features for complex development environments.

Ethereum markets itself as a distributed application platform and generally allows developers to create applications that can run processes on the network in a way that is similar to peer-to-peer protocols such as BitTorrent. In theory, Ethereum developers cannot be interfered with by outside forces because every node in cryptocurrency networks has the potential to affect its operation.

Today, various Ethereum-based blockchain projects are being explored and experimented with. These include Decentralized Finance (DeFi) applications, crypto-lending platforms and many others.

First, Hyperledger is not a cryptocurrency. More specifically, Hyperledger is more like a blockchain initiative. The initiative aims to further the development of blockchain in the business world by making it possible for various companies to share and observe how their clients interact with applications operating on blockchain technology.

The platform aims to create an environment for software and company communities that meet and coordinate to achieve the best possible results.

Hyperledger is a worldwide, open-source project to create an entire ecosystem of business blockchain technologies. It enables organizations to build robust, industry-specific applications, platforms and hardware systems. The following are the current projects:

HYPERLEDGER VS ETHEREUM: WHAT ARE THE MAIN DIFFERENCES?

Ethereum is a decentralized application focused on business to consumer transactions, while Hyperledger’s blockchain system is built specifically for business-to-business transactions. Hyperledger helps businesses to collaborate with developers via peer-to-peer cryptocurrencies and provides its users with the ability to make transactions involving big data.

Since Ethereum is a public network, anyone can view the transactions, but only those individuals who are authorized to access the network can take part in the consensus algorithm. Hyperledger blockchain is a permissioned or ‘permissioned blockchain network’. Anyone who isn’t accredited with permission cannot join the consensus.

Smart contracts operate similarly to escrow services. The algorithm between the parties involved in the smart contract helps control the execution of transactions and associated processes. Anyone who wants to participate in a smart contract can do so without accessing each party’s confidential information. Smart contracts became popular with the creation of Ethereum. Hyperledger Fabric allows organizations to set up a chaincode similar to a smart contract. Still, it helps participants find one another more easily and make agreements regarding their transactions.

Ethereum uses Solidity to develop its smart contracts, a JavaScript-like language. Hyperledger relies on Go for its chaincode, similar to Solidity but often handles more data. Java and Python have also been used in addition to Golang and JavaScript.

Anyone on the internet can mine ether, so long as they have the computer power. The Ethereum blockchain is permission-free and decentralized – there is no one overseeing it in a manner that can restrict who has access or determine how the network runs. Hyperledger has a private blockchain that only allows its authorized members (or that granted access) to use it. Any information shared over Hyperledger is pinned into place by consensus algorithms rather than by something like PoW mining through which someone could feasibly take advantage of others’ data.

Since Ethereum is a decentralized network, a Proof-Of-Work (POW) mechanism runs throughout the blockchain for accounts to come to a consensus on account balances, transaction times and so forth. Ethereum offers help and security by eliminating fake transactions.

Hyperledger is a private and permissioned blockchain that doesn’t depend on a proof-of-work method to validate a transaction. It doesn’t allow the participation of any third party. It creates a secure environment with no need for anyone other than the parties involved in executing the contract to access the network.

SO WHICH ONE SHOULD YOU CHOOSE?

Both platforms have their uses. There are pros and cons, just like anything else. Still, when we set these two business-based applications against each other to determine which one you should use the most often, they come out to be pretty even in terms of being more useful for certain tasks than others. Below are some pros and cons of both platforms to help you make a better decision about your favourite platform!

Hyperledger’s most famous uses cases are:

Blockchain technology is the next big revolution and if you consider using it to support your business goals, get in touch with Syndell. We can help regardless of what stage your project is at.