Get the Best React Native Solutions; Here’s How!

Get the Best React Native Solutions; Here’s How! 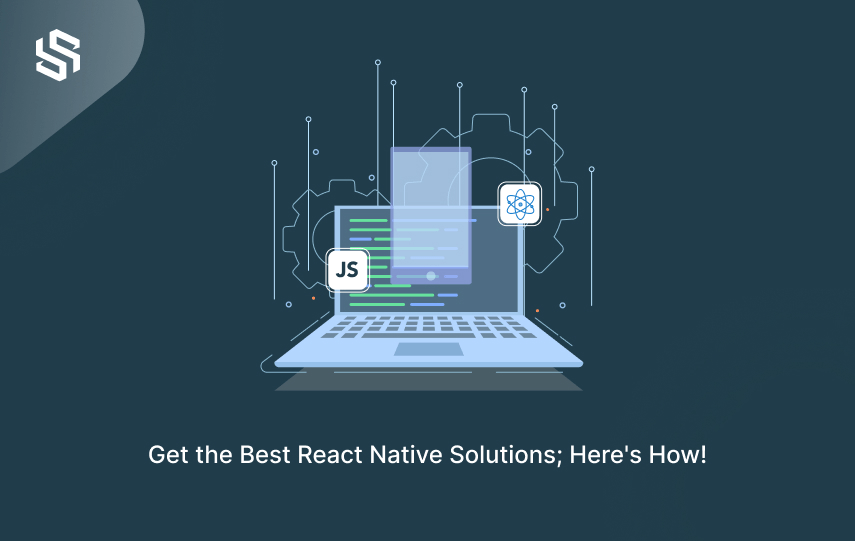 Since React-Native was released in 2015, it has evolved and gained popularity with many app development agencies worldwide. Using this tool, more companies are coming out of the woodwork to build cross-platform apps for their clients.

The specialty of this framework is that it simplifies development. The React Native codebase is easy to integrate, and the multiplatform feature enables you to build Android and iOS applications with the same application codebase. It also allows you to create applications based on Android or iOS while maintaining your original application code or eliminating redundant functionality.

Here we will reveal how you will benefit from using React-Native for your next project and how services at Syndell can assist you throughout the entire process!

React Native is an open-source framework that developers use to develop applications for the Facebook-owned mobile operating system; react Native lets them leverage their skills and expertise when creating applications and utilize their existing programming ecosystem with JavaScript (JS) components.

If you are thinking about adopting React-Native technology to build your mobile application, pay close attention to the following benefits:

With React-Native, there is no need to spend a lot of time and money on hiring top Javascript developers who know and can manage multiple native codes simultaneously. This allows you to save a lot of money by not paying for additional employees assigned to various technical projects.

Your app needs to be quick and reliable. You want your app to be created in a way that allows others to quickly get it operational, update it when required, and fix any bugs that occur. Additionally, you want the app to support the platform your customers are on, so you must select an industry-standard language able to work across mobile platforms such as Android or Apple.

One of the happiest consequences of the rise of React-Native as the best app development framework is its cross-platform functionality. Its codebase can be used for both Android and iOS app creation.

Easy to use UI

React Native is a framework created by Facebook. So it’s different from other similar frameworks when developing navigation elements that are attractive and inviting. React Native allows for more ease of customization due to components that can be created using JavaScript instead of having to define them using XML or Java.

Some frameworks for cross-platform apps, begun as open-source projects, are less commercialized and thus more versatile and easier to work with. Combining these benefits with the latest solutions that help developers build even more sophisticated mobile apps on their own can only result in success.

When codebases expand and mature, they will naturally attract a community of developers to support them. Communities provide libraries upon which other developers can rely to integrate existing features into their code. These third-party libraries are key to attracting future community members as they offer easier interfaces and more box functionality that can be quickly brought onto your next project. This is a virtuous cycle – the more open-source development, the more resources for everyone involved!

One of the great things about React Native is that it can be easily ported to other platforms. You can easily add Android and iOS features, so you don’t have to worry about losing a customer base simply because they are not on the same platform. Also, since React Native allows for rapid prototyping, startups with tight budgets can test ideas quickly before making big investments in their product line.

You should choose a development platform with broad endorsements and a large user base. Developers will be familiar with the platform, and using it may mean that you have greater flexibility in finding great developers to work with on your project.

When looking for a development team, make sure that your selection gives you the freedom to choose. Agencies specializing in a specific codebase were attractive, but they considered the risks of using something so heavily specialized and with limited adoption. You may end up locked into a language if something is a priority at your agency to help them work better.

As a company, if you’re looking for increased productivity in the short-term, at a lower price point, you may choose to partner with an agency using newer technology. However, this can be more time-consuming and risky than sticking with something that’s tried and tested.

You may outgrow the agency and decide to look for a better one. Hiring freelancers is similar, although it may be harder to find experts in a niche or intermediate market where there aren’t many who specialize in what you need.

The community’s support for new technologies still being developed is non-existent. When issues start cropping up, workarounds will be explored, but it takes the team a lot of time to find fixes and make modifications when things need adjusting and new features have to be added because there isn’t enough information or help available yet.

Why We Use React Native for Mobile Apps

We only use React Native when it’s right for our partners’ goals because it effectively meets the above criteria.

React Native helps us provide top-of-the-line, quality developers for our partners. It helps them write code that is easy to fix and can be rewritten over time as the project grows. This product also allows our team to focus on higher-value projects, which provides many benefits to the growth of our business in a way that is beneficial to all parties.

The most important thing to note when working with React Native app development services is that by integrating this into your development process, you allow us to build higher-performing, engaging, and scalable cross-platform applications for you.

Since its release in 2015, Syndell has strategically adopted React Native to bolster its mobile app development. As a top-rated digital services and solutions provider, we have hired many expertly skilled React Native developers who have consistently delivered high-quality apps across iOS, Android, and Windows platforms.

No project can be planned overnight, and to ensure success, we recommend setting up a solid plan from the beginning. We analyze our projects and follow best practices to understand the scope of your requirements well enough before assessing potential options for development.

Planning: No project happens overnight, so we make sure to plan out our project so that it is clear how we will divide up responsibilities within the team.

Designing: After deciding what to include, we discuss how it should be arranged. We make sure each feature is there for a particular reason and that the user can easily get around without running into any major hurdles. Once the design has been finalized, we start working on the app itself.

Development: The development process includes coding, so we left that job to the developers. They can read and write code while keeping in mind the security and scalability of the app.

Testing: Our testers work hard to make sure that our apps work flawlessly on different devices so that customers can use them on the go.

Delivery: Once the app is delivered to the client, we also offer maintenance and support so that your app works efficiently without you needing to worry about its upkeep.

What Makes Us Unique, And Why Rely On Us?

We are a result-driven react native development company with an experienced team of developers. If you hire us, you will get dedicated developers who can build your app so that it meets all high-end technological criteria.

The future of app development is not one big platform. It’s a combination of several different ones, depending on the situation. For example, if your organization is looking to develop an app for Android users but also wants the code to be easily scalable for iOS users as well, then it would make more sense to utilize specific tools that are better suited for the Android OS and leave others strictly meant for mobile devices made by Apple Inc. Doesn’t anybody have time for the day?