Why Do Businesses Prefer Flutter for Mobile App Development?

Why Do Businesses Prefer Flutter for Mobile App Development? 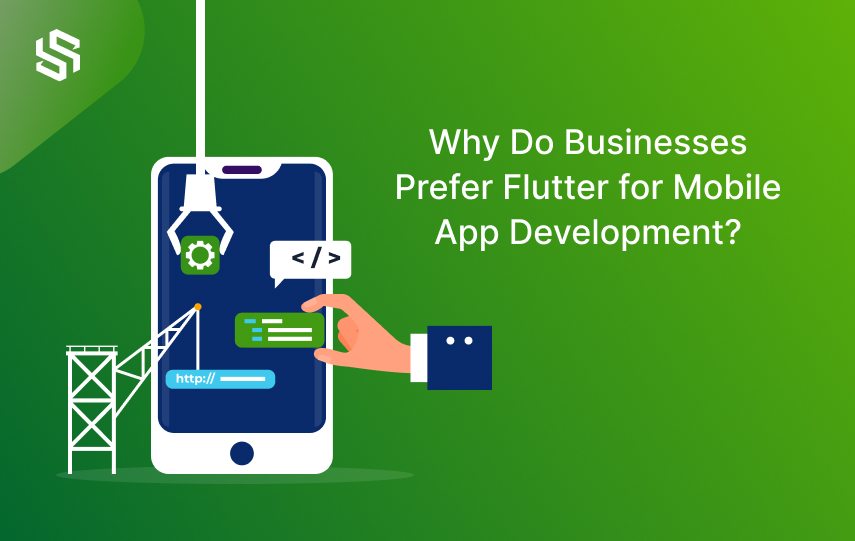 Android and iOS have a hard time competing with one another, but if you’re thinking about making an application, you don’t have to choose between the two. It makes sense to create an app for both platforms. Some people prefer Android, while others find the iPhone more suitable for their needs. The number of app releases every week continues to grow, so your business could be left behind in the current avalanche of apps without a proper strategy. If you are looking for a way to stand out from other businesses, technology is an important element that shouldn’t be overlooked. In today’s increasingly mobile-first world, applications will become even more relevant as long as consumers need apps that suit their specific needs and acts as a tool or guide in the modern world.

Choosing the right tool for an app project is an important decision that we take very seriously. At Syndell, we invest considerable time ensuring that our choice of language/tech stack is constantly updated and as modern as possible. Flutter represents the best option for building truly high-quality applications across all major mobile platforms (iOS and Android) for many other organizations and us. But why are we choosing Flutter? Let’s kick things off with a bit of background on it and what it might mean for your project!

Flutter is Google’s newest mobile app SDK for crafting high-quality native interfaces on iOS and Android in record time. In the following section, we’ll take a closer look at why our team believes it may be valuable to consider using Flutter to develop your cross-platform application.

If you don’t have any experience in app development and are now trying to launch an Android app or iPhone application, that is a lot of pressure on your shoulders. However, developing for both platforms simultaneously can be cheaper and easier than if you decide to only specialize in one platform. With Flutter, you gain access to simple cross platform mobile app development tools designed to make life much simpler for anyone trying their hand at this challenge. One codebase for two platforms means no extra work!

When it comes to app development, speed is key. And for developers, Flutter takes the cake. In fact, to best understand what makes Flutter so great, you can use this nifty feature that helps any developer increase their productivity: In Flutter, when a developer decides to make some changes in their code, they will immediately be able to see how it affects their app’s design without actually compiling any new software or builds!

Hot reload a feature in Flutter that makes updating code much easier. You have an app where someone needs to enter their address, and you would make each box within the form a reusable widget that contains its state. So, for instance, if your designer comes to you and says: “I want to move the city input five pixels over to the left,” then all you need to do is make a change to only one line of code (one class), save it, and hit refresh. Keep in mind this happens while your application is still running.

It’s a great concern for all developers, especially since many operating systems continuously update with new versions that users can get. Flutter allows you to be on the same page with the most innovative technologies while keeping in mind your app runs the same on older Android and iOS versions. This can make a huge impact when choosing which development tools to use for your business:

With Flutter, you don’t have to worry about additional charges for supporting older operating systems.

Flutter uses widgets, ‘ready-made’ objects that you can put together to form compliant applications. The word widget is a technical term, but the basic idea is that Flutter makes programming easier for developers because widgets lower their cognitive burden. As their name implies, widgets consist of smaller units – our text boxes and bars, for example – which can be combined to create layouts, such as our home screen.

Flutter apps are designed with a variety of easy-to-customize widgets that can be used repeatedly. One big advantage of reusing Widgets is that you can design app UIs without having to start from scratch every time. However, widgets are organized horizontally across a vertical surface, so you need to plan if the app will look like a never-ending row of tiles.

Building one codebase instead of two is an obvious advantage. Due to a shortened development cycle, fewer developers, and reduced complexity, money will be saved. You will have fewer issues with merging changes from both apps when using the same backend systems. As a result, you will be releasing both apps for Android and iOS faster and for a lower total budget.

When to Use/not to use Flutter

What is Flutter meant for? What kinds of applications can be built using the Flutter programming language? To what extent does Dart programming stand out from the rest? We already know that apps developed using Flutter possess an aesthetically appealing interface that makes apps look and feel native to any OS. Let’s explore the most suitable kind of app that you can build with it.

Flutter is faster than most other mobile app development frameworks! In fact, in many cases, Flutter operates at 58 fps or higher. It’s no wonder that it’s quickly becoming the go-to framework for apps that need high performance! For this reason, Flutter is a perfect choice when building highly engaging games. If you choose to build a game app with Flutter, however, we recommend incorporating some clever AR features because one thing they both have in common is high performance.

To create the widest amount of appeal while working with a narrow target market, on-demand mobile app development involves creating applications that include easy-to-use and user-friendly design. This allows users to quickly adapt to changes or additions within an application allowing them to remain as engaged as possible within an application, even when there are minor changes done by the company updating and maintaining the application.

If you want to build a photo editing app that is simple and easy to use and, at the same time, has personalized suggestions and advanced functions, Flutter could be one of the best choices. More and more people have social media accounts, so it became necessary to go even further with photo apps, especially while guaranteeing that they can be used on Android and iOS devices. With Flutter, you will get all these perks in an incredibly simple environment where everything works nicely together at the end.

Google Ads is an app created by Google that allows business owners to manage their ad campaigns on their smartphones. The application has been made using the mobile platform Flutter, which can make various forms of applications that are specifically designed only for mobile devices. It offers a pleasant user experience, and it is easy to navigate inside the application based on a well-spread-out dashboard.

Another one of our favorite Flutter app development clients is Reflectly. It’s a platform that aims to help users cope with stress more effectively and can rest a little easier, knowing that in today’s fast-paced world, pretty much everyone is flying through the day on a flurry of caffeine, fast food, and anxiety. Our top-notch app development team has worked hard to build an AI-based application that uses cognitive behavioral therapy and meditation techniques to help users control their state of mind to be as productive as possible.

Choosing Flutter means that you can save time, money, and emotional energy by creating a native-like app on just one codebase. Syndell offers expert advice and support with your project with its best flutter app development services, so get in touch today if you need help from our professional programmers to develop your next great idea!