Node.js vs React.js: Which to Choose for Your Web Application

Node.js vs React.js: Which to Choose for Your Web Application 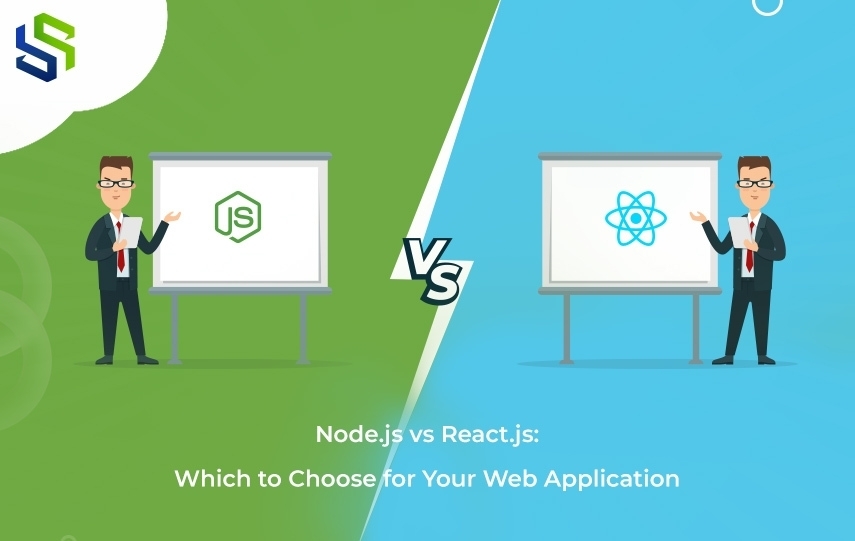 With JavaScript being one of the most popular languages with so many JavaScript frameworks to choose from, node js vs react js are two of the most popular options out there because they each accommodate various use cases. However, developers sometimes struggle to know which one is better or which might be better for them.

The main difference between the two is that Node.js is mainly used for back-end and server-side configuration, whereas React.js is used for building interfaces on the client side. Newer frameworks have been replacing these, but they remain trendy due to their low cost of entry, cross-platform support (allowing them to be used virtually anywhere), and a growing number of developers experienced with them. Despite their maturity, both are constantly evolving and thus offer an ever-increasing amount of feature-rich insights into modern Javascript development while also providing ample job security for their constituents due to the dominance of their respective market share positions compared to other frameworks.

This article examines two of the most popular open-source platforms for web and mobile app development: Node js vs React js. We analyze how they work, how demanding each can be on its respective developer communities, and what features they both offer that make them stand out in the modern landscape of makers, developers, and product managers.

Today, we will read:

React.js is a framework that helps you create interactive websites and mobile apps. This open-source tool was developed by Facebook developers and is used very frequently by Airbnb, Uber, Airbnb, and The New York Times. React is known for its high-performance speed, ability to handle almost infinite amounts of data at once, and low memory usage.

React is the work of an open-source Facebook team that created React.js in advance of releasing it to their developers. Facebook intended this open-source library to make use of apps like content-based websites and mobile apps and Netflix’s sources for improving runtime performance, modularity, and faster speeds. There are many react js development company out there who are choosing this path to excel. 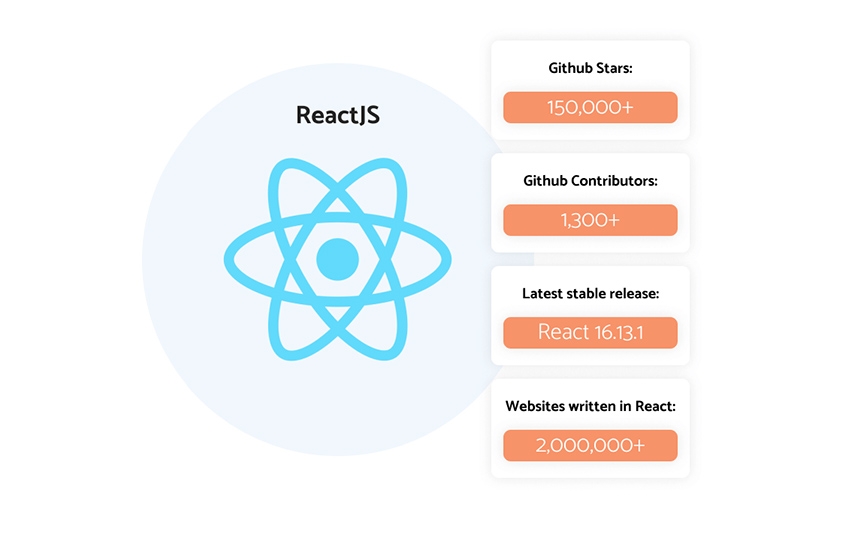 Simple support: This library re-uses framework parts to ensure that they don’t go to waste while also resolving any issues associated with React refreshes.

App development: Using similar plan designs, you can create rich user interfaces for iOS and Android, operating on a set of components that will support native applications. 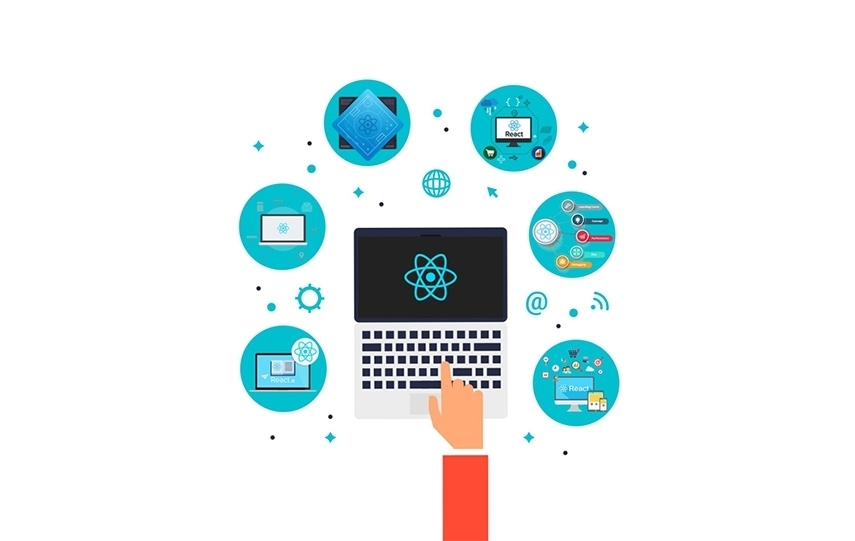 Greater Effectiveness: React is a library for building user interfaces by Facebook. Unlike other front-end libraries for building interactive web applications, React uses virtual DOM to render the application components on the page. This means all the changes done in DOM are automatically updated.

Web Optimization Friendly: Using React JS, one can create websites as light as air. In addition, React is made to run both on a client’s browser and the server’s cloud.

Component-based Construction: You can easily segment your target audience with this library by using the algorithms created by Facebook, YouTube, and Twitter. The layout comes pre-coded to work well with various coding languages like C#.

Hard to learn: The framework is quite complex, and it requires in-depth knowledge for integration into a user interface. It enables the effortless maintenance of high-performance applications with well-defined contracts between modules.

Weak documentation: React is a library that is frequently updated, mainly due to all of the new creators, users, and enthusiasts jumping on board. Because the documentation for React often becomes outdated in conventional documentation styles, some individuals complained about having difficulty using it.

View part: React.js is just one layer of a fully-functional application’s structure – but it’s crucial! As an open-source JavaScript library, React focuses on bringing the components of your app together to create its UI. However, developers still need to invest in other technologies if they’re hoping to create a complete toolset.

Node, in basic terms, is an open-source and accessible platform for server programming in JavaScript. That helps you to compose applications for managing network events such as talking or reading with small programs called Node modules. Typically, a web application comprises some data source and a series of modules that command the main application to get married and give us the data we require. Newer technologies are slowly taking over old ones because they have better facilities. Still, they demand a higher license fee which scares many people away immediately before finding out more about them.

Node.js is usually used for server applications in real time. Node.js permits node scripts to be executed locally on a machine or a server, meaning one can write both sides of the code for an application and its web interface to access information from it and then use interactive JavaScript to handle form fields, etc.

Node.js has different frameworks that developers can utilize when creating, managing, and updating web applications. One of Node’s most valuable, consistent, and dynamic frameworks is Express.js, which websites like Yahoo! Mail rely on. 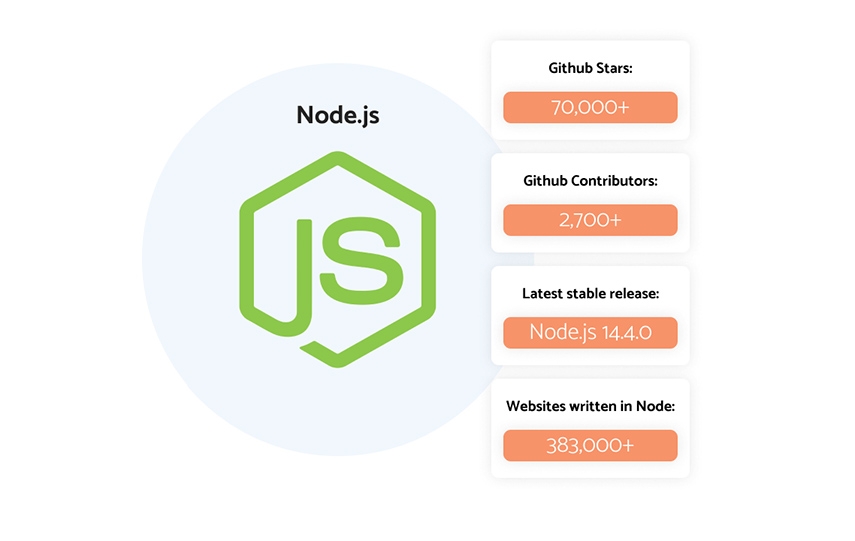 Adaptable: Node.js is significant because the server doesn’t get bogged down with too many requests at once and delivers content to clients in a consistent way.

No Buffering: Applications can be measured using vast pieces of content. This gives developers the advantage of not waiting for a process to finish.

Network: Node.js upholds an open-source community. Many excellent open-source modules have been added to Node applications over time.

Occasion-Driven Input and output: The non-blocking features of Node allow your server to begin processing another API request once it has received all the information from the first request. 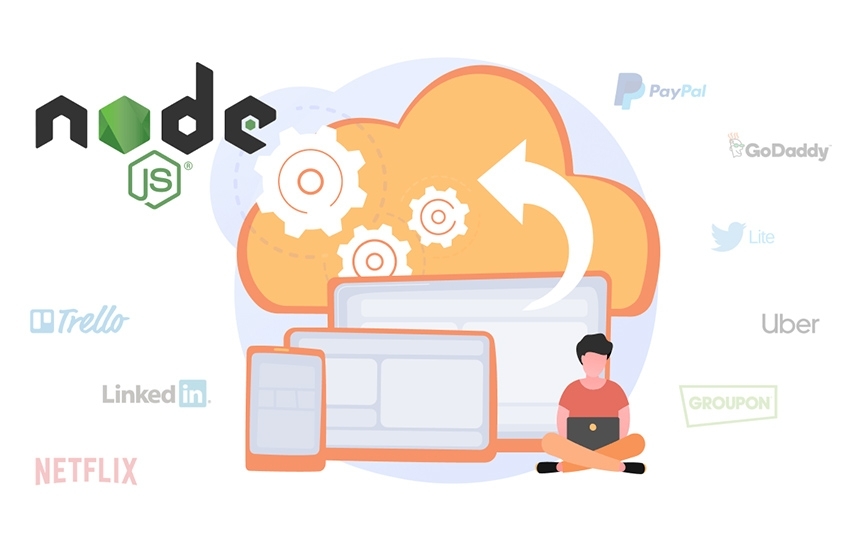 Simple to learn: Node.js is relatively easy to learn as it is a bit simpler than many other frameworks, but some people may find it easier to use because it’s simpler in comparison to some of its alternatives, which can sometimes be more complex. It feels like Node has more control over the data pipeline and uses JavaScript to serialize and deserialize data from one form or structure to another.

Improved Performance: Node.js employs Google’s V8 engine, which uses JavaScript code to compile and run immediately. This allows web developers to produce programs that require more computing power while allowing the program to run faster than traditional JavaScript languages such as PHP or ASP.NET. In addition, Node.js comes with many client libraries that facilitate the integration of Node.js into existing software stacks and large codebases.

Flexibility: Node.js is a perfect language for most companies looking for it to develop their applications since it comes with a lot of flexibility when it comes to development, and in most cases, there are fewer constraints as opposed to alternative solutions – like Ruby or Python.

Extended support for tools: Another advantage of Node.js is that developers have more community support. Many modules and plugins have been written for Node.js, as it is a prevalent server-side framework.

Extensible: Node.js is a versatile and practical open-source framework used primarily for real-time web applications; it is a growing favourite with web developers and software architects who want to develop scalable and dynamic websites featuring fast data transfer, event-driven I/O, and asynchronous control flow. Node.js can offer the same server-side plugins as Apache to pass through content without sacrificing speed or security.

Scalability: Node.js applications can be easily scaled by extending their architecture further using the features of multiple nodes or hubs. This enables scaling up or scaling down as per requirements over time.

No robust library support system: JavaScript does not have a solid library. This puts Node.js developers in the unfortunate position of choosing from a minimal number of solutions for everyday programming tasks, as Node.js cannot help with these either. 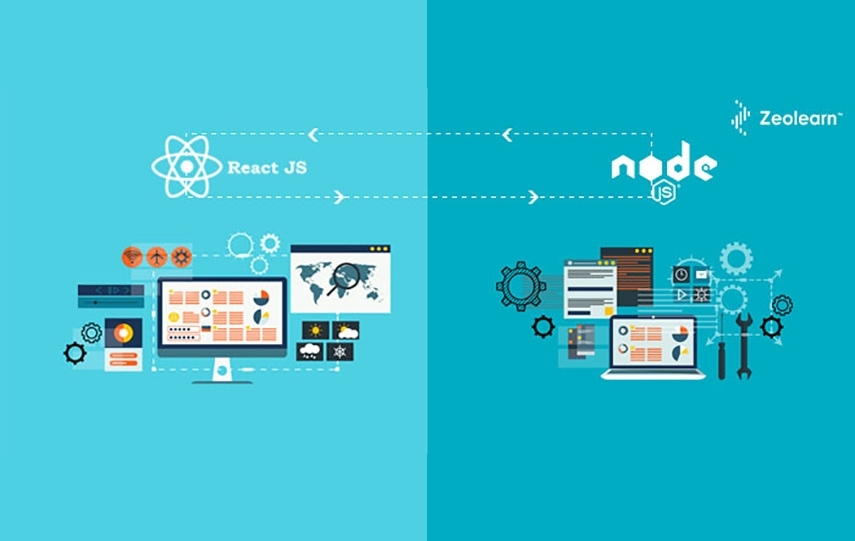 When developing server-side web applications, you have to choose between node js vs react. The first one is best suited for projects where real-time streams of data need to be built alongside user interactions without blocking the user’s browser since it works well with modern databases like MongoDB but not with files. On the other hand, if your needs are more basic and include only variables and simple logic regarding turning elements on or off depending on user input – React.JS is what you need!

It’s always best to choose the right tool for the job. Just as it is necessary for any other situation, you’ll need to decide which technology or framework best suits your project’s needs. For example, if you need to make a back-end API, Node.js is what you want because of its efficient API creation and extensive library of NPM modules that can be seamlessly integrated into your app! On the other hand, you may want to go with React.js if you’re building out the front-end UI. Facebook created this framework as a single-page application, making it useful for any project where users interact with elements and content through an application on their browser instead of in standalone apps that exist highly disconnected from each other.

Syndell is one such react js development company to help you choose the best between node js vs react. Drop in the comments for more information.