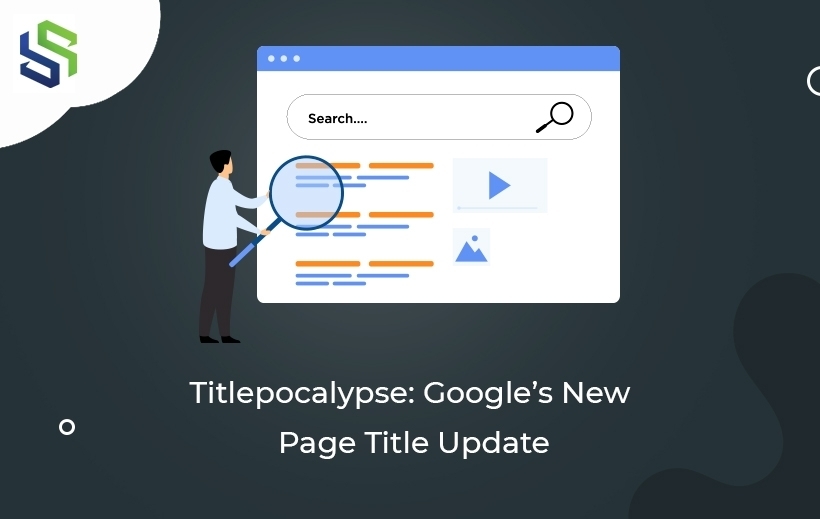 In late August 2021, the SEO community noticed that Google started to display the <title> tag content differently in the SERP. Many assumed that Google was running A/B tests. But now, it’s confirmed that the change is permanent, and people have to soon adapt to the latest rules.

Corresponding to Google’s update, it is replacing title tags with other on-page texts, such as headlines <h1>, <h2>, and even anchor text. Via the internal links, they are now showing up on search engine results pages (SERPs). This update was confirmed over a Google Search Central blog on August 24 and a tweet on August 25.

Last week, we introduced a new system of generating titles for web pages. Here’s the rundown on how it works: https://t.co/tgOGR8y8Ww

Danny Sullivan announced that Google is changing the way page titles are generated in search results. The search engine promises that the new algorithm will generate better page titles as compared to the previous cases.

If you are wondering what title tags are or why they are important, read on.

What are title tags?

Title tags are simply the web page titles that were given using an HTML code tag. These titles are the blue headlines you see in search engine results (highlighted in the image below). The copy plays an important role since it determines whether or not the searcher will click the ‘click here’ link or not. Optimization of website title tags impacts the organic rankings in the search since poorly optimized titles can lead to fewer clicks and eventually less traffic. Thus, it becomes a crucial part of representing your content on the web. 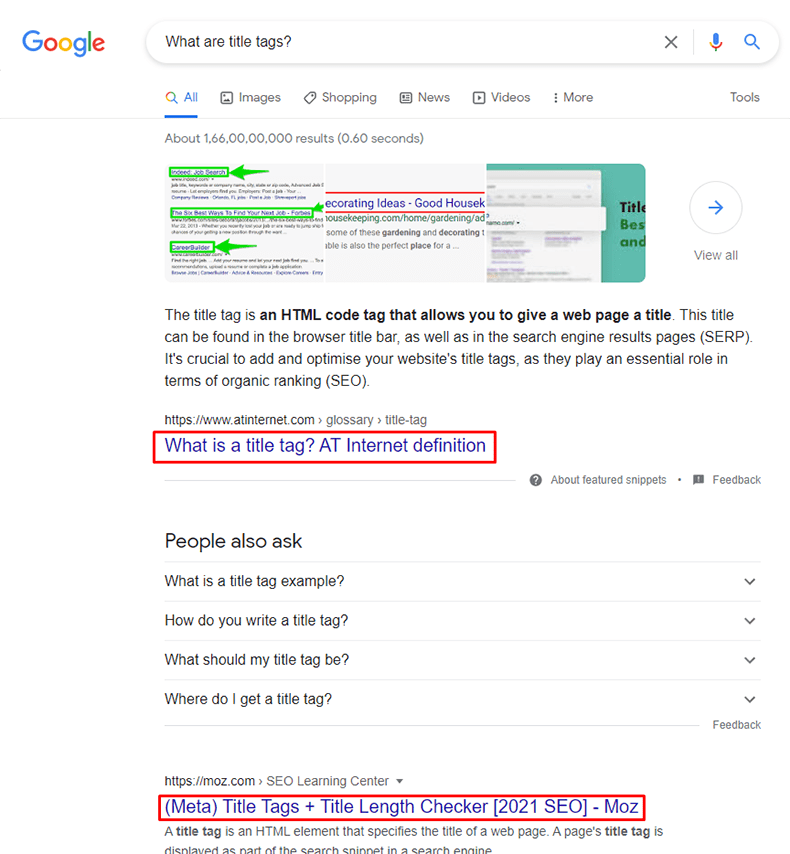 You can find the title in the SERP as well as in the title bar. It is represented in a code< title > your title here < / title >

Why are title tags important?

You write and optimize the titles keeping SEO in mind because both humans and algorithms will notice it. Considering that it shows up in the SERP, it’s important to accurately reflect what your page is all about and encourage people to click it. The title is the first impression of your content and perhaps a chance to grab a potential customer’s attention. It needs to be relevant and interesting even after adding keywords.

An ideal title tag is one that is between 50 and 60 characters long. And if it exceeds the limit, it could get cut off in the SERP. Apart from the character limit, a good title should be written with keywords pertaining to your targeted page. The general rule of writing a title tag states that using too many keywords can mess things up. Also, the users are given the flexibility to experiment around with inserting the keywords at the beginning and end to determine which results in a better impact on the organic traffic or click-through rates. Then why was the new update needed?

Well, people were happy sticking to the HTML title tag text, but Google disagreed with how the web owners have been ignoring the page title tag basics. According to Sullivan, site owners often do a lousy job of describing a page’s content. Some reasons precisely pointed out for poor title tags are:

This latest update has already shown a number of major implications. Hence, the coined term ‘Titlepocalypse’.

This is a subfolder on an ecomm site where <title> tags switched out for <h1>, making them look a lot worse on Google.

Google’s reason for the update was to improve the search experience significantly. But, the very first impact of Google’s title tag update casualty, as revealed by Lily Ray, says that many sites have lost clicks in the past week, as much as 60,000. Although the ranking wasn’t affected, Google’s rewritten tags have caused some sites to lose traffic.

Some of the observed casualties in this titlepocalypse are: 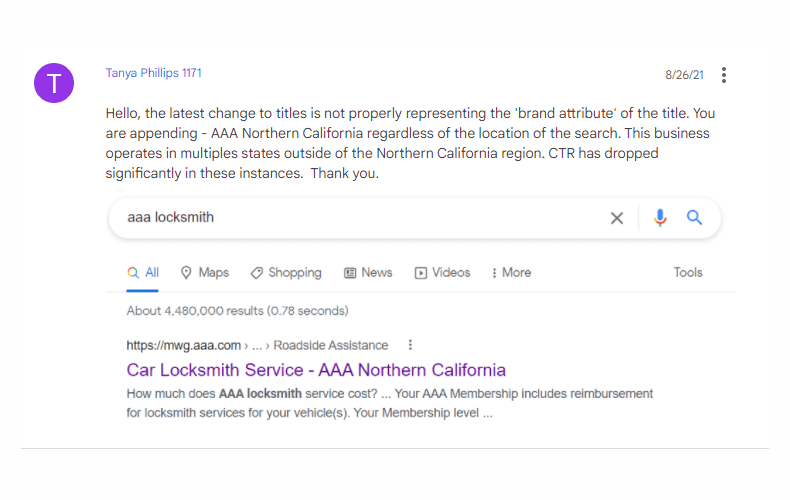 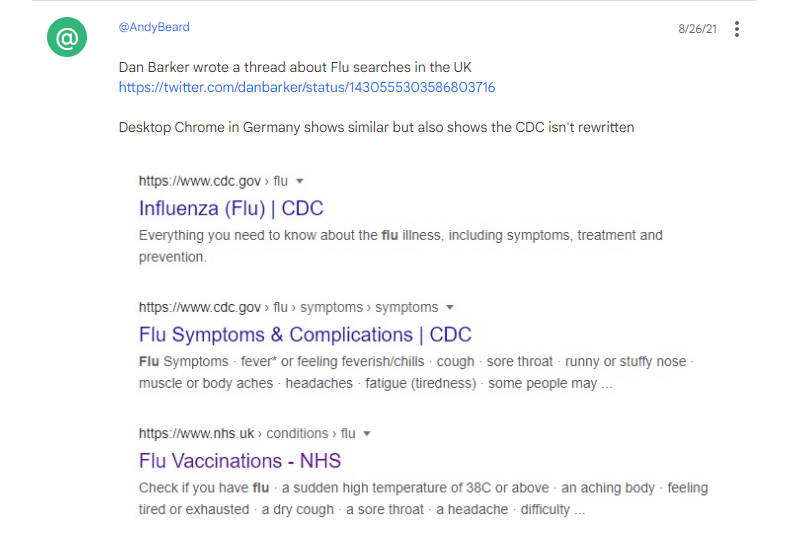 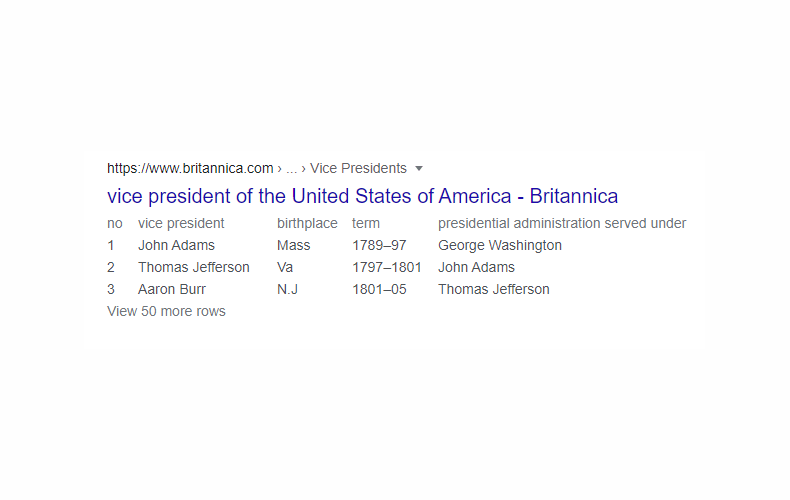 Although the update is still in its refinement stage, Google Search Central and other SEO community experts are asking to continue giving importance to title tags. From now on, header 1 tags (H1) are likely to be given more eminence since they are the first content search engines and users come across.

There’s no way you can terminate the update and ask Google not to rewrite your <title> tag. But, here’s what you can do in the meantime while Google updates its long-standing title help page.

Unlike previous updates in the Google algorithm, this new page title update seems rocky for everyone—the users, the SEO professionals, and even Google. There are too many errors being reported every day on the forum, and the publishing and search communities are concluding that this algorithm wasn’t thoroughly tested. While Google is fixing things up, it is recommended to keep a tab on your site’s traffic by regularly monitoring it. At this moment, Search Console is your best friend. If you witness disruptions in clicks or CTR, consider rewriting your page titles according to Google’s suggestion.

Consciously focus on assessing the impact on your site and beware of the titlepocalypse.